It has been one of the greatest honors of our lives to have been tutored by a worship ministry based in New Zealand called “Scripture In Song”. David and Dale Garratt, the founders, are now good friends, but began mentoring us in 1979 at a Worship Conference in Kona, Hawaii. At the time I knew that there was something very different about them, in that they never made music the focus of worship, but rather the heart of love for Jesus! Much easier to center in on the music side of things, and so much more difficult to seek to train the hearts of others to develop an attitude of worship within.

One of the most obvious lessons in worship that David and Dale imparted to us was their lifestyle of extravagant generosity. God Himself beautifully and sacrificially modeled this for us ….”GOD SO LOVED THE WORLD, THAT HE GAVE HIS ONLY SON…” Love's greatest expression is in giving. When we worship our God, we give. The amazing generosity that the Garratts lavished on us in our first times of ministry with them simply overwhelmed us. It was the most dramatic expression of the heart of worship we had ever seen.

These seeds of worship expression profoundly grew in our hearts. The joy of “giving” as an act of worship to God became such a powerful motivator to honor our amazing Father in heaven: to not only give financially, but to give of our time, our expressions of affirmation and praise to others, and so many other ways. It’s such a joy to honor God by lavishing generously on others in every way possible.

We continue to love being students of worship in the classroom of generosity. It is the most blessed and fun schooling we have ever had! As such, we want to share with you a recent project that has become a worship focus for us:

Marty and Mindy Berry are good friends of ours from our earliest days being a part of Youth With A Mission. The story of their lives and ministry is simply amazing and well documented in Marty’s first book recently released,

“Break On Through to The Other Side” (available on amazon.com). They have traveled extensively in ministry, and recently decided to move back to Hawaii, relocating here from the West Coast of the Mainland U.S. After finding the home of their dreams on the east side of the Big Island, they began to settle in to make Hawaii their home base once again. Kathy and I made plans to travel from Kona to Kapoho where they lived, in order to welcome them back to Hawaii after many years away.

Only a few weeks after getting settled, Kilauea Volcano began making some very strong rumblings, and in fact fissures began to open in a neighborhood not far from where the Berry’s had settled. We contacted them and they seemed assured that due to the distance from their home, they were in no danger. Within a week or so, it became clear that this was not the case. After losing water, electricity and phone service to the advancing lava flows, it was obvious they would need to vacate their newly established home, with the hope of returning soon. As such, they did not take much with them when evacuating to a friend’s home not too far away which was well out of the danger zone.

Within days, their beautiful 5 acre plot and home was under 30 feet of hardened lava, with all their life belongings buried! Kathy and I have tried to imagine the difficulty of this, but simply cannot. Add to this the fact that the home insurance was in process but cancelled by the company once the volcano began to erupt. No home, no insurance……BUT GOD!!

As a result of seeing a Go Fund Me Campaign last year that raised funds for a young minister who had been diagnosed with cancer ($1,000,000.00 raised in one year to cover medical expenses), we decided this would be a very appropriate way to assist our friends Marty and Mindy Berry. As of today, 4 weeks into our endeavor, almost $9000.00 has been given from around the world to help our friends. We have set a tentative goal of $200,000.00 so as to assist them in getting into another home. Please consider visiting the site, <https://www.gofundme.com/restore-marty-and-mindy-berry> and giving toward this project! 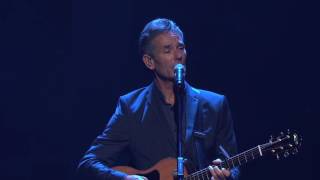 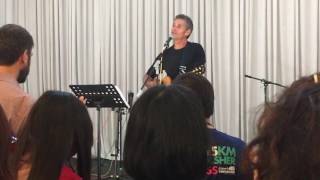